How to Improve and Maintain Softness in Bakery Goods

Softness in breadmaking is a complex notion, for which there is no single definition or measurement criterion. Several components of texture help to indirectly define softness: suppleness, tenderness, doughiness, elasticity, and more.

The ingredients and type of breadmaking process used play a key role in developing optimum softness, however, softness may be improved by adding functional ingredients or sourdoughs, which also help to delay staling.

Different types of enzymes will have a slowing effect on the staling phenomenon due to their action on the matrix components during the breadmaking process.

Emulsifiers are fat derivatives capable of stabilising a mixture of two non-miscible constituents.

In breadmaking, they promote bonding between the dough constituents and improve their stability, leading ultimately to a softer crumb.

Some emulsifiers, such as monoglycerides, form complexes with amylose, inhibiting their re-crystallisation and thus minimising the hardening of the crumb.

Other emulsifiers play an indirect role by promoting interactions between proteins and starch, which will help give a finer, more aerated crumb. 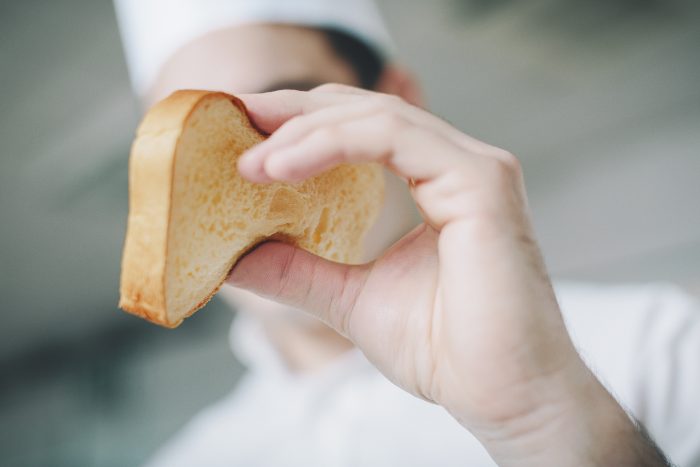 While all the above-mentioned ingredients can be used individually, they are often used in combination to provide the required solution. The shelf life of certain bakery goods can sometimes therefore exceed three weeks with no adverse effect on softness.

Our Baking Center™ technicians can advise on ingredients suited to your recipes and processes – just contact us.